Hatch chile salsa from Central. The Tzatiki on the right is a yogurt product that is traditional has cucumber. At WalMart near the yogurt they have some with different things in it. This one has sundried tomato 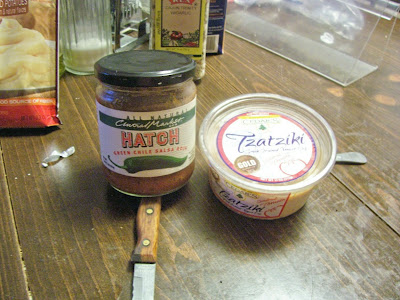 Out of the jars 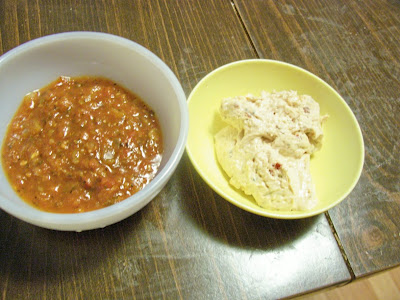 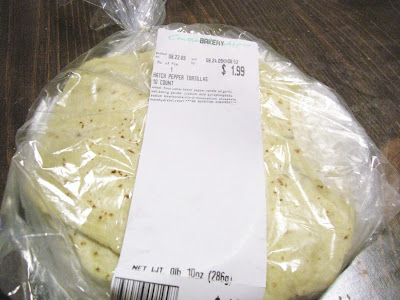 Out of the bag 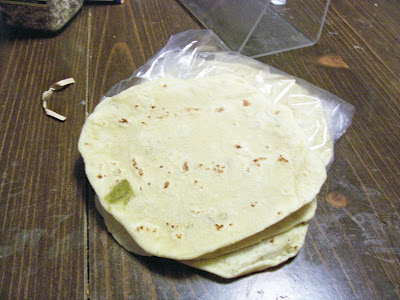 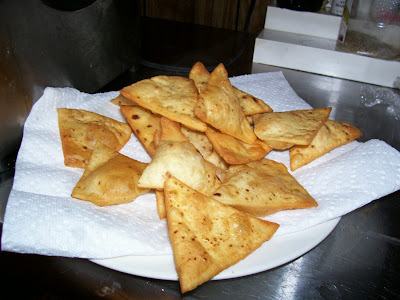 Since they were thick they puffed up so I doused some of them with honey like sopapillas. Nice contrast between the sweet and spicy. 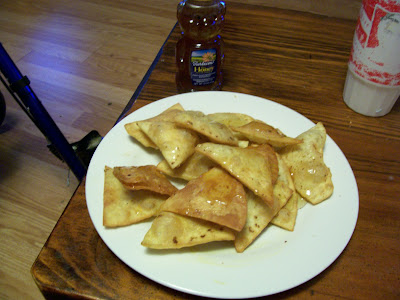 A crab cake with hatch chiles. Only breading was the panko crust. Interior 90% backfin 10% sauteed vegetable. I pan sauteed it but I think it would have been better deep fat fried. 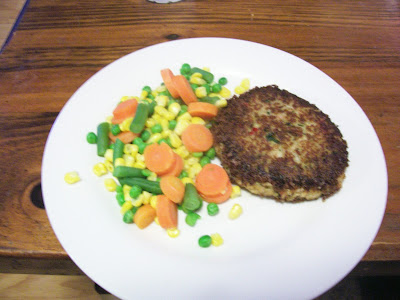 Below is a salmon burger with hatch chile. I did not have buns so I use a tortilla to make an open face burger. I deglazed the pan with nuoc cham then sauteed the tortilla. Quite tasty 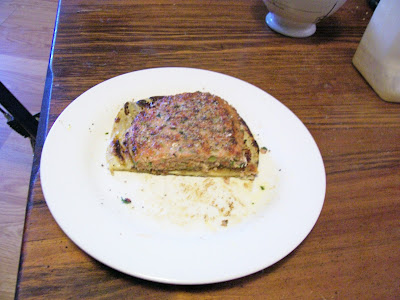 Diver scallops. Heated my cast iron for five minutes on high. While it heated a made a sort of dressing/sauce with olive oil, nuoc cham, and a bit of mayhaw jelly. I heated in a little pot by putting it in the pan. When the jelly had melted I took it off. Then a thin layer of oil in the skillet and the scallops in. Seared until nice and golden then turned over to sear on the other side. I removed them and deglazed with the dressing/sauce heating until reduced to a glaze. It was sweet spicy an excellent compliment to the scallops which I had cooked just the way I love them 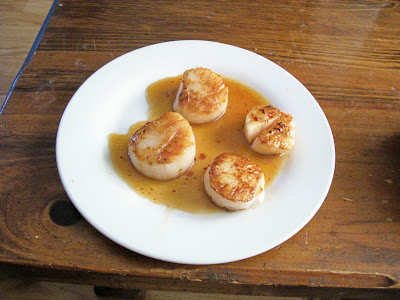